Thick morning fog delayed our departure from the Bohemia until after lunch and light winds then made us proceed under power. The Sassafras is one of the larger rivers on the upper eastern shore. Like most Chesapeake tributaries it has numerous fingers and coves and smaller streams. Many of these on the upper bay have been enhanced by a large marina mostly occupied by Delaware and Philadelphia based boat owners. On this mild Sunday afternoon many marina tenants were out and about and the bay was VERY busy. I lived for 2 years here in the late 70s and now the upper bay in October equals mid summer peak weekend traffic near Baltimore then. I can't imagine what weekends in summer are like here now. I don't want to see it either. Lake Ontario has its compensations for sailors, one of them being its wider spaces and lack of 40 foot sportsfishermen. 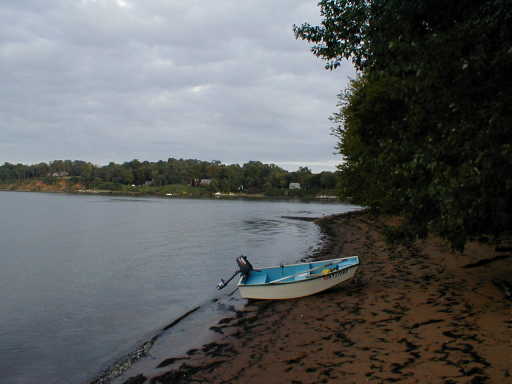